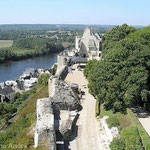 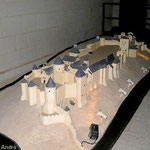 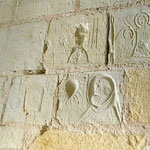 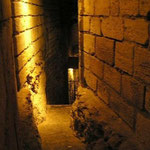 Chinon is a French city in the Departement Indre-et-Loire (Region Centre) and sub-prefecture of the Arrondissement Chinon.

The city between the rivers Vienne and Loire is known for the impressive ruin of the Chinon fortress. This large medieval fortress was built on a hill by Thibaut III., Count of Blois. Henry II. Plantagenêt, Richard Lionheart and John Lackland were the first esteemed guests.

Philippe Auguste conquered the fortress from the Plantagenêts and built the Donjon of Coudray, where the last Grand Master of the Knights Temple, Jaques de Molay was imprisoned from 1308 to his execution in 1314.

A number of women have also influenced the history of the fortress, such as Alienor of Aquitania and Jeanne d'Arc, who met King Charles VII. in the fortress in 1429.